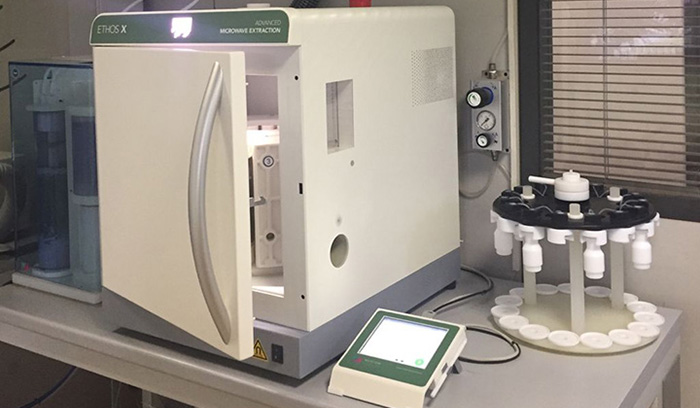 For a healthy diet and the functionality of biological processes, humans and animals need amino acids. Laboratories often face the problem of challenging analysis when determining the correct content of amino acids in food and feed.

There are 20 proteinogenic AAs and more than 400 non-proteinogenic AAs, i.e. amino acids that are not found in proteins. Among the 20 proteinogenic AAs, only 8 are essential amino acids (EAA = Essential Amino Acids) for humans. “In the feed sector, depending on the species, the number of EAAs is greater and we must usually take into account the “limiting” AAs, i.e. the ones that are the first to be deficient in a certain type of diet and that will determine the extent of protein synthesis. For example, lysine and methionine are limiting AAs for dairy cows, lysine is the first limiting AA for piglets, taurine for pet-food (cat) etc.”, says Dr. Elena De Leo, Chemical Lab Manager at Laemmegroup.

In addition to considering the AAs content provided with the raw materials in feed, it is necessary to know their availability. In order to ensure proper growth and all other biological processes of the animal, the daily ration must be supplemented with synthetic 100% digestible AAs.

The analytical determination of AAs is not simple and the most used methods, including the official ones, involve reverse-phase or ion-exchange chromatography, after pre- or post-column derivatization. The direct analysis of non-derivatized amino acids is challenging due to limited retention and poor chromatographic performance.

Laemmegroup’s method offers the advantage of being almost completely automated due to microwave digestion and of using a mass spectrometer as a detector. The analysis time (retention time) is thus less than 10 minutes.

For more information on the subject, please contact our expert:

Laemmegroup is a service company with laboratories specialized in the analysis of food, feed and water for human consumption. Through the use of the most advanced technologies, it performs analyzes for all sectors of agri-food production.

Tentamus laboratories in your vicinity